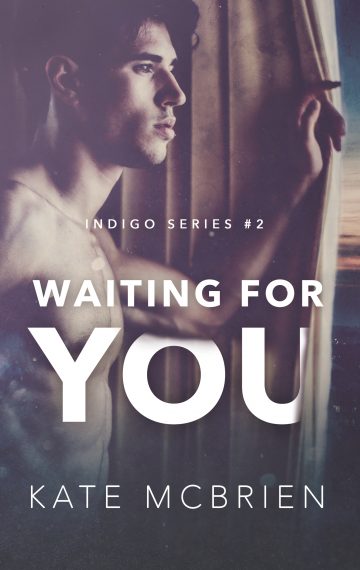 Do you believe love can transcend time?

It’s only been a week, but Justin is miserable waiting for Lucy to contact him. He’s back in London for Indigo’s concert series and needs to get his head in the game, but his heart is back in America.

Stuck hiding out at her parents’ house in Los Angeles, Lucy is consumed with doubt and regret about her decision to stay behind.

When the Varangian Cross is sold to a private buyer in London, Lucy jumps at the chance to deliver the cross to the new owner and maybe reconnect with Justin.

Lucy arrives in London in time for another roadblock to their relationship: a serious allegation has been made against Justin, and the paparazzi are in overdrive, forcing Justin under cover just to make it through the concert series.

Finally reunited, their passion is renewed. But their nightmares have returned and are feeling more like memories than dreams. It’s time to find out the truth behind their connection.

Waiting for You is the second book of a contemporary romance trilogy.

Note to Readers: This book contains scenes which may be triggering to survivors of sexual violence.